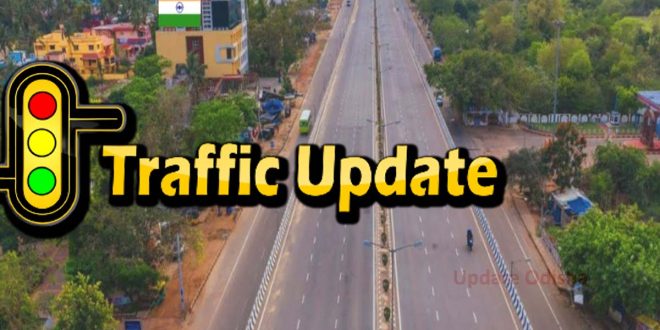 
Bhubaneswar: The DCP Traffic, Bhubaneswar has issued an advisory on Ram Mandir to Rajmahal square stretch in the city.

The traffic advisory issued due to slow vehicular movement due to rally at Janpath. The advisory has been issued from 12 noon to 4 pm.

“Slow vehicular movement due to rally at Janpath from Ram Mandir to Rajmahal Square between 12 Noon to 4 PM. Commuters are advised to take different routes,” the traffic DCP said on Twitter.