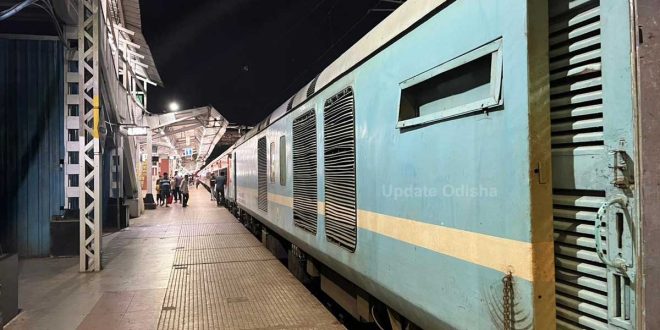 Several trains cancelled under ECoR due to modernization work


Bhubaneswar: In view of safety related modernisation work in connection with Yard remodelling at Shalimar Railway Station near Howrah in Kharagpur Division of South Eastern Railway, partial traffic block at Shalimar Station have been permitted.

Keeping in view the above, a few trains originating from Puri and Sambalpur will be cancelled and partially cancelled as per the following…

D. 22804/22803 Sambalpur-Shalimar-Sambalpur Superfast Express from Sambalpur on 13th and from Shalimar on 14th January 2023 will remain cancelled.

A. 18410 Puri–Shalimar Sri Jaganath Express from Puri from 12th to 15th January 2023 will run upto Santragachi and will remain cancelled from Santragachi to Shalimar.

B. 12822/12821 Puri–Shalimar-Puri Dhauli Express from both the directions from Puri from 13th to 16th January 2023 will run between Puri and Santragachhi and will remain cancelled between Santragachhi and Shalimar.