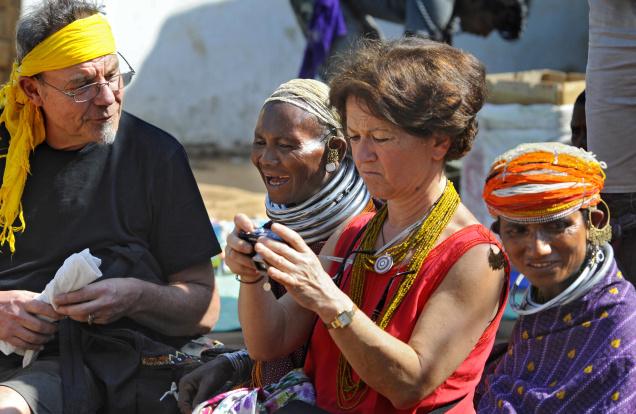 Odisha to allow tourists into tribal areas – with restrictions

BHUBANESWAR: After imposing restrictions on the visit of foreign tourists to certain tribal pockets in Odisha for over three years, the state government is all set to allow them to again trek and learn the lifestyle of primitive tribes living in the hilly terrain and lush green forest areas. Odisha is home to 62 tribal communities, including 13 categorized as Particularly Vulnerable Tribal Groups (PVTG).

With the dwindling foreign tourist inflow to the state, the government has decided to offer restricted tribal tourism to foreigners to boost the sector and generate more revenue.

“A committee headed by the home secretary has already held a meeting with the stakeholders. The tourism director has been asked to prepare a guideline to allow tourism in the tribal areas,” Tourism Minister Ashok Chandra Panda.

As the foreign visitors are attracted to the state for trekking, adventure sports and tribal tourism, allowing them to reside in the tribal areas would help boost the sector.

The state government had in 2012 imposed a ban on photography and videography of persons belonging to particularly vulnerable tribal group (PVTG) and regulate the visit of foreign tourists to areas inhabited by Bonda, Dongoria Kandhas and other such tribes. The PVTGs, namely, Bonda, Didayi, Lanjia Saura, Juang, Kutia Kondh, Chuktia Bhunjia, Saura, Paudi Bhuyan, Lodha, Dongria Kondh, Hill Khadia, Mankirdia and Bihor, spread over 12 districts, fascinate many because of their interesting and exotic rituals and customs.

It had taken the decision following the controversy over the “human safari” involving Jarawa women in the Andaman and Nicobar Islands and followed by similar incidents in Odisha. Some websites of tour operators had showcased semi-nude photographs of tribals to attract foreign tourists to the state, triggering massive outrage.

“We don’t want to portray the tribals as objects and items. They are human beings and they have their own style of living. We would allow the tourists to gain knowledge about their living, but with certain restrictions,” SC/ST Development Secretary Surendra Kumar.

He said the government would train local youths as tourist guides.

This would help the educated tribals to earn some bucks while the indigenous products of the tribals would be sold at a better price.

The government had further tightened the restriction following the abduction of two Italian tourists in Kandhamal district by Maoists three years ago. The abduction of foreign nationals had affected the tourist footfalls to the tribal areas.

Red rebels had kidnapped two Italian tourists – Paolo Bosusco and Claudio Colangeloa – in March 2012 during a trekking expedition on the Kandhamal-Ganjam border, prompting the state government to impose restrictions on the movement of tourists, especially foreign tourists, in areas inhabited by tribals.

With left wing activities more or less under control, as claimed by the state government, it has now decided to increase the tourist footfall to the state.

“Since the Maoist-related violence has come down in the state in the recent times, there would be no problem in allowing the foreigners into the tribal areas. Besides, there would be guidelines that the foreign nationals have to inform the local police about their movement in the area,” said a senior official of the tourism department.

Sources said tourists from Australia, Canada, France, Italy, Malaysia, Spain and the US, among other countries are drawn towards the tribal-dominated districts like Koraput, Malkangiri, Rayagada and Kandhamal.