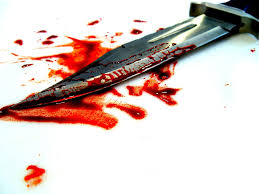 BHUBANESWAR: Two retired doctor couple was found murdered in the capital city of Odisha on Sunday.

They were found murdered in their house with injury marks on their neck, said police.

Twin City Commissioner Dr RP Sharma, Bhubaneswar DCP Satyabrata Bhoi and local police station staff rushed to the spot for investigation. Forensic team, along with sniffer dogs, has been pressed into service to aid in the investigation.

“We found the articles in the house scattered. It appeared as if they were searching for valuables, cash, jewellery and other things. The family members, however, said that there weren’t many valuables in the house. We are investigating into various aspects to find out the motive of the crime. We have kept the investigation open. A special team led by Bhubaneswar DCP would investigate the case,” Twin City Commissioner Dr RP Sharma said.

“There were injury marks on the neck of Dr Prafulla Mishra, and it appeared that he was strangulated to death. Dr Sushama Mishra had a head injury, and she was hit with a hard blunt weapon,” Sharma added.

It is suspected that the assailants might have committed the crime with loot intention as the couple was staying alone in the house.