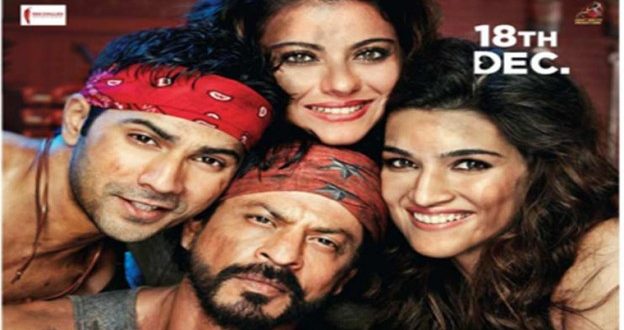 The two outfits are protesting because of the statement made by Shah Rukh Khan, film’s lead actor and producer, against rising ‘intolerance’ in India last month.

Dilwale, a Rohit Shetty film produced by Gauri Khan, wife of Shah Rukh, and co-produced by Karim Morani, was released on Friday across the country.

According to reports, Biswa Hindu Parishad members at Badabil in Keonjhar district and Hindu Manch Suraksha Manch members at Joda in the same district have protested against the film.

However, there was no protest against Sanjay Leela Bhansali’s ‘Bajirao Mastani’.

Several outfits are protesting against the release of Ranveer Singh, Deepika Padukone and Priyanka Chopra starrer ‘Bajirao Mastani’, which led to the cancellation of shows in several parts of the country.

The protestors have alleged that the film has distorted history regarding the life of Peshwa Bajirao. They feel that the distorting history of Bajirao is hurting the sentiments of his followers.