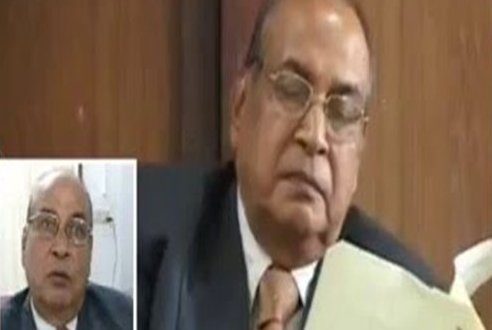 BHUBANESWAR: Religious conversion was the prime reason behind the Kandhamal riot in Odisha in December 2007, Panigrahi Commission mentioned in its report.

Justice Basudev Panigrahi, who was entrusted with the task of probing the riot, has already submitted its 560-page report to the Home Department Secretary Asit Tripathy.

The report maintained that the religious conversion was going on in the tribal dominated district for long days which was not acceptable to the local tribals leading to a clash between the two communities.

“There had been religious conversions for long days in the area, which is the main reason of the riot. Though there is law enshrined in the constitution against conversion, it is not strictly followed there”, Justice Panigrahi said.

The commission has also given certain suggestions to the government to prevent such kind of incidents in future.

These include ensuring adequate facilities for the livelihood of the tribal citizens, providing basic amenities like education, health and communication. The panel also has emphasised on coordination among different communities.

“I have recommended some vocational training programmes in the tribal area so that it could help improving their livelihood. There is also need to encourage them and their children in education “, said Justice Panigrahi.

The Odisha government ordered the inquiry by the retired High Court judge after a spate of communal violence in the district from December 24, 2007, on the eve of the Christmas celebration, which had claimed lives of three persons.

Over 700 houses and more than 100 religious places were destroyed in the riots. The violence had remained in force for at least three days.