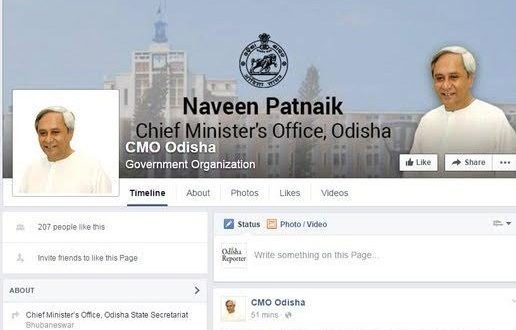 The Chief Minister’s Office, Odisha has created opened an account in the social media and created a page with address www.facebook.com/CMOOdisha

Barely few minutes after the announcement, the Facebook page received 400 likes, till the report is filed.

A release from CMO said the page is created to make the CMO more people friendly so that general public can share their views, complaints, get information about various welfare schemes of the government.

It would help in making the administration more transparent and responsible, the release added.