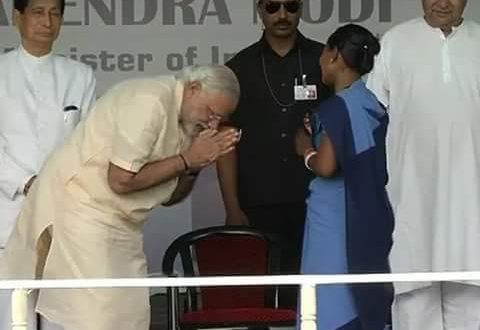 BHUBANESWAR: Prime Minister Narendra Modi on Sunday felicitated three persons from Odisha for their achievement and contribution in respective fields during the inaugural ceremony of National Institute of Science Education and Research (NISER) campus at Jatni.

The young girl from Koraput had devised a water purifier to clean waste water with the help of corn cobs earning praise from various quarters.

ASHA worker Jamuna Mani Singh from Balasore was also felicitated for her dedication and awareness campaign to educate villagers to fight malaria.

Besides, Nabarangpur boy Srikant Sahu, who won All India Skill Competition in May last year, was also honoured during the ceremony.

The son of a tea and snacks seller won the national level competition conducted by the Ministry of Labour under Directorate General of Employment and Training.