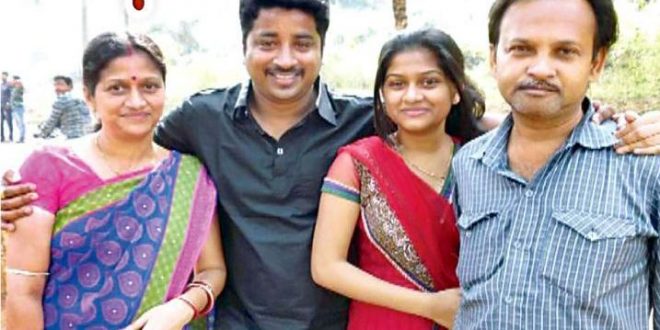 CUTTACK: While mystery shrouds over the death of Odia tele serial actor Ranjit Patnaik alias Raja, a new twist has come to fore that Raja and television actress Jessy were in love.

Both the artistes were in a relationship since last five years, and they were leaving a happy life, just before the appearance of another actor.

Jessy alias Pralipta Priyadarshini rose to fame after acting in a television serial ‘To Aganara Tulasi Mun’. Tusar, who is acting opposite to Jessy in the television serial, entered into their love life. Even though it did not move towards break up, it caused a distance between the two lovers.

Jessy and Tusar’s closeness had irked Raja, according to media reports.The media report also said that whenever Raja asks Jessy, she denied that she and Tusar have any relationship.

The report also said that Jessy and Tusar (acting as Chandan in the serial) were supposed to attend a programme in Bhadrak.

However, Raja did not take Tusar to the programme, and both Jessy and Raja went to attend the programme instead. Both the television actors had gone with event manager Pralay.

However, the programme organisers expressed their anguish over Raja after not finding Tusar with them.
The incident led to an altercation between Raja and Jessy in the car while returning from the event. Jessy asked Raja why he did not bring Tusar with him to attend the event, the report added.

As the altercation grew momentum, Raja asked the driver to stop the car midway and mysteriously Raja was found beneath the bridge.

Jessy said, “We returned from the programme at around 2 am. While we were moving towards Bhubaneswar, Raja asked to stop the car to pass urine. He alighted and didn’t return for quite some time. When I asked the driver and Pralay, they told me not to worry. In the meantime, an ambulance reached there and took him to Bhadrak hospital where his fractured hands were plastered.”

Meanwhile, both Tushar and Jessy denied that they have any relationship.
Jessy said that she and Tushar are only good friends, and they have no hanky-panky. She also admitted that she was in love with Raja.

Tushar also repeated the same that he has no relationship with Jessy except friendship.