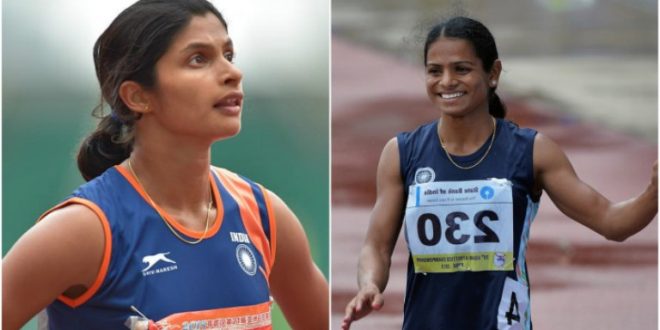 Chief Minister Naveen Patnaik congratulated them for their achievement in the Asian Games.

“Congratulate Odia sprinters Srabani Nanda & Dutee Chand on their success at ‪#‎SouthAsianGames2016. ‪#‎Odisha is proud of their achievements,” tweeted the Chief Minister.

Srabani clocked 23.9 seconds while Dutee came second with a timing of 24.14 seconds. The duo had bagged silver and bronze medal respectively in the women’s 100-metre event by clocking 11.72 and 11.75 seconds respectively on Tuesday.

In the 400-metre hurdles race, Jauna won the gold medal by clocking 57.69 seconds followed by Ashwani Akunj with 58.92 seconds and Kawshalya with 59.87 seconds.

She later went on to win the second gold medal in 4X400-metre relay race.