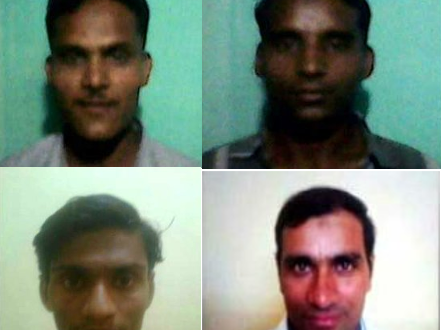 The terrorists were arrested from a house in the steel city of Rourkela in a joint operation by Odisha police, Telangana police and Intelligence Bureau.

“All the five are involved in the activities of SIMI in Madhya Pradesh, Andhra Pradesh, and Uttar Pradesh. They were taking shelter in Rourkela using a false identity. They were staying in Rourkela to collect money through dacoity for their other operations. All the four hail from Madhya Pradesh and are also wanted by NIA,” said DGP KB Singh.

Singh informed that the five nabbed terrorists were the member of SIMI and were wanted by NIA.

They are also suspected to have been involved in many terror activities outside the state, informed police sources.

Police said at least five guns and several bullets had been seized from them.

“Though they were living there for quite some time, all of them were not residing at the same time. After tracking their activities over a long period, we managed to arrest them,” said Sarangi.

Police said the four persons, in their 30s, had first taken a small house on rent in another place in Rourkela before shifting their hideout to Nala Road four months ago.

The development also brought to fore the vulnerability of Odisha to terror activities. On December 16, 2015, police arrested suspected al-Qaeda operative Abdul Rehman from Cuttack. In January 2015, police in Balasore arrested a contractual employee of Integrated Test Range (ITR) off the Odisha coast on the charges of sharing vital strategic information with suspected agents working against Government of India.