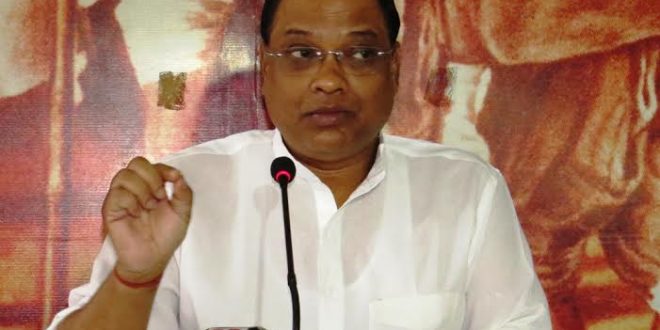 BHUBANESWAR: The Odisha Congress on Monday said the union budget 2016-17 presented in the Parliament has nothing new for the people, and it would not serve the need of the people in distress.

Pradesh Congress Committee (PCC) president Prasad Harichandan said that the NDA government had made clever strategies to benefit companies by championing the cause of farmers.

“The Union Budget 2016-17 is a disappointing one. During his last Budget speech, Jaitley had said the GDP would be between 8.1% and 8.5% this year. But it has come down to 7.6% now.It would lead to a shrinking of the Indian economy,” said Harichandan.

He stated in the 2014-15 Budget presented by the UPA Government, an allocation of Rs 3,38,408 crore was made for the development of states and union territories, but the current Budget has a provision of Rs 2,41,900 crore only.

He said the Modi government’s claim for giving 55% of central assistance to states and UTs is not understandable.

“Modi during his farmers’ rally at Bargarh recently had stated that the second Green Revolution is possible from Odisha. The Centre has allocated a huge allocation for irrigation, but there are no specific provisions for this in the Budget,” said Harichandan, adding that the people of the state been betrayed.

Criticising the Centre for not announcing any special package of Odisha, he also denounced the NDA Government for not stopping sanctioning of funds for the IAP, BRGF and KBK schemes.