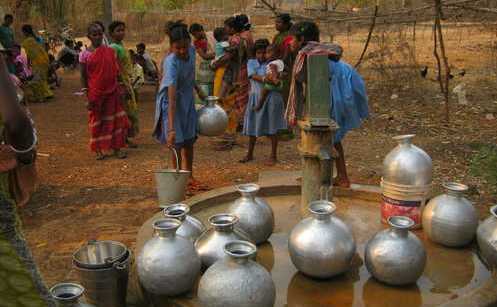 BHUBANESWAR: The Odisha government on Tuesday said it would provide free drinking water to poor urban households in the state while earmarking Rs 300 crore for development of infrastructure for potable water.

It was decided in a meeting chaired by Chief Minister Naveen Patnaik, who reviewed the drinking water situation in the state.

Special Relief Commissioner (SRC) P K Mohapatra said about Rs 300 crore given by 13th Finance Commission to all panchayats in the state would be earmarked for drinking water infrastructure development.

The chief minister directed to take all out efforts to ensure water supply both in rural and urban areas.

As many as 506 tankers have been engaged, and 973 syntax tanks have been placed to meet the requirement of water supply in urban areas. Besides 77 pending complaints, 293 new complaints were received on 19 April out of which 222 complaints were attended, and the defunct hand pump tube wells were repaired.

There are 32898 hand pump tube wells and 25092 stand posts in working condition in the urban areas.

Similarly, 411 tankers have been engaged to meet the requirement of water supply in rural areas. 740 mobile vans have been deployed for taking up the repair of defunct tube wells/ rural piped water supply projects. As many as 45 complaints were received on 19 April out of which 38 complaints have been solved.

So far reports regarding the death of 53 persons due sun-stroke have been received from different sources. On enquiry, deaths in 15 of these cases have been found to have occurred due to other reasons. The remaining cases are under enquiry.