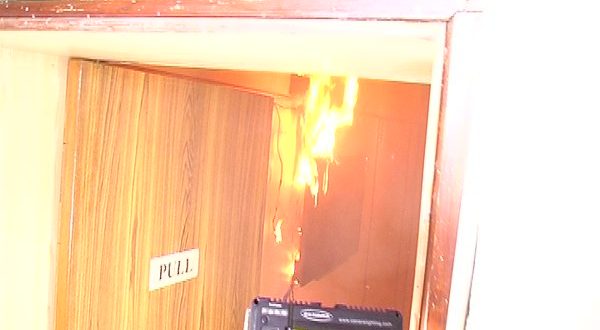 Fire Broke Out At Chief Minister’s Office In Odisha Assembly

A minor fire broke out at the chief minister’s office in Odisha assembly. Sources said the fire broke out due to short-circuit int the set-up box connecting to the television. However, there was no loss of life and property due to the short-circuit.

Fire officials have rushed the spot and successfully doused the fire. Police DG, Assembly Speaker and several other officials inspected the situation.

Notably, the state assembly was in session, and the chief minister was scheduled to arrive in Bhubaneswar this afternoon from New Delhi.

DGP KB Singh said the fire broke out due to short-circuit from a set-up box.

He said General Electrical Department, fire service department and police department have been asked to investigate into the matter as to how the fire incident occurred.

BJD MLA Debasish Nayak said the fire started from a set up box that spread to other areas. He, however, said there was no damage of any documents.