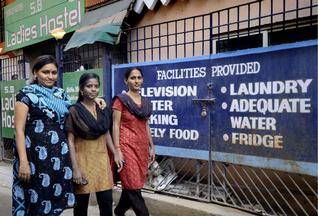 BHUBANESWAR: The Women and Child Welfare Department has accorded administrative approval to the construction of a 100-seated hostel for working women in the capital city.

A notification issued by the department deputy secretary S Mohanty said construction of the working women’s hostel has got its administrative approval.

According to the plan, the hostel will come up at Ganga Nagar with an estimated cost of Rs 4.51 crore instead of Jagmara as planned earlier.

The information has also been disseminated to the engineering department (building) for timely action, and the general administration department has also been asked to demarcate the land meant for construction of the hostel.