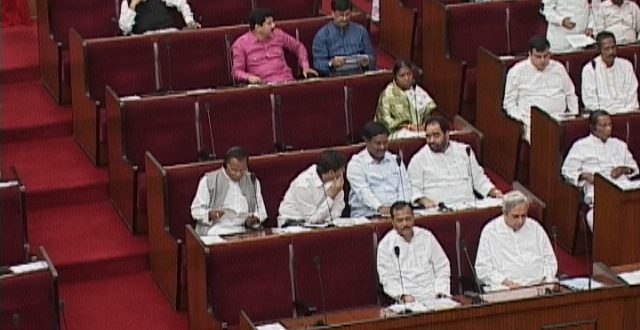 BHUBANESWAR: Deadlock continued in Odisha assembly for the 10th consecutive day on Wednesday as opposition Congress, and BJP disrupted the House proceedings over the chit fund issue.

Even the all-party meeting held under the chairmanship of Speaker Niranjan Pujari failed to resolve the deadlock.The Speaker adjourned the house several times following as pandemonium prevailed in the house throughout the day.

But chaos returned when the treasury bench members prevented Mishra from speaking when the latter raised an issue accusing the state government of resorting to vindictive politics.

The opposition leader urged the Speaker to withdraw ‘bad’ words used against him by law minister Arun Kumar Sahoo for raising some questions over the transfer of Rs 8 crore to BJD account by a chit fund accused.

The BJD, however, blamed the opposition Congress for continuous disruptions in the house.

“Even though normalcy returned in the assembly, the leader of opposition raised an old issue which has no relevance with the assembly matters. So, our members protested,” said BJD MLA Sashi Bhusan Behera.