Replying to a written question, Industry Minister Debi Prasad Mishra told the assembly that Posco company has temporarily halted its proposal for setting up industry in Odisha.

The minister also informed that while the state government has signed 92 MoUs to set up industries in the state, six companies have withdrawn their projects in the state.

Notably, Union Minister of State for Steel Vishnu Deo Sai told Rajya Sabha recently that government has not received any communication from South Korean steel giant on “disinterest” in pursuing the steel plant in Odisha.

Posco had told the National Green Tribunal (NGT) that it would not set up the proposed steel plant in Odisha by 2017.

Citing that construction work for the project is yet to begin due to several legal hurdles, the lawyer of Posco informed that completion of the project would not be possible in such a short period.

Posco project touted as the country’s largest foreign direct investment (FDI), is mired in controversy for the last nearly 11 years due to stiff local opposition over compensation and environment concerns.

The amended Mines and Mineral (Development and Regulation) Act 2015 has put fresh trouble for getting raw material linkage to set up the $ 12 billion steel project in the state. The company is in no mood to participate in the bidding process, as per the Act, to secure Khanddhara mines as it fears that the Indian companies would form a cartel to discourage the South Korean steel giant. 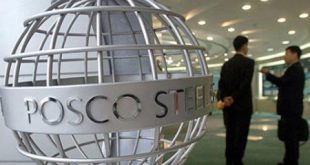 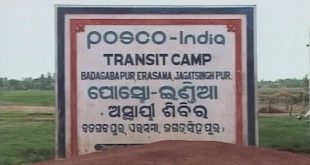 No plan to utilize Posco project land for other purposes: Odisha govt