The elections to the three seats will be held at the Odisha Assembly on June 11.

“Election is to be held for 3 Members to the to the Council of States by the elected members of the Odisha Legislative Assembly in pursuance of Election Commission’s Notification No 318/CS/2/2016(1), dated the 24.5.2016,” said the notification issued by the returning officer.

While the last date for filing of nomination is May 31, the nomination papers would be scrutinised on June 1. The election will be held on June 11 and counting of votes will take place on the same day.

Meanwhile, the hectic lobby has started within the ruling BJD. The party is sure to nominate three members to the upper house, given the numbers the party has in the Odisha assembly.

Speculation is rife that BJD is likely to choose a non-political candidate, besides other two candidates from the party.

“BJD has nominated sportspersons, film stars and from other backgrounds. The party will nominate befitting persons this time also to the Rajya Sabha,” said BJD spokesperson Sashibhusan Behera. 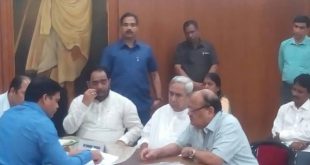