BHUBANESWAR: While controversy surrounded over cash transfer to the account of ruling Biju Janata Dal (BJD) is yet to die down, the party has landed in another trouble with Orissa High Court directing the Election Commission of India (ECI) to inquiry into the foreign funding sources of BJD.

Acting on a writ petition of human rights activist Subash Mohapatra, the High Court, recently, has directed the Election Commission to file a reply over foreign funding received by BJD during Assembly and general elections in 2014.

The court has asked the ECI to file a reply what action has been taken on a complaint filed by Mohapatra before it in April 2015.

Besides, it has asked the Ministry of Home Affairs (MHA) to state what action has been taken into Mohapatra’s complaint.

“The Biju Janata Dal, a political party in the Indian state of Odisha is engaged in Money laundering, receiving a huge amount of foreign contribution from big corporate houses and transferring them to their candidates contesting in the election to the houses of Legislative Assembly and Parliament,” said the petitioner.

The petitioner said that BJD received anonymous donations on several occasions and concealed them to the ECI by filing false and fabricated information from the year 2009.

“It is further learnt that BJD received more than thousands of crores of rupees anonymous donation in cash and through payment gateway violating RBI guidelines,” he added.

It has also been revealed that during the election in 2004 and subsequent election in 2009 and 2014, the money obtained/collected from secret sources, have been distributed on many occasions during the election to the state Legislative Assembly and it is not a secret that the Odisha Police ceased a part of the said money and ignored it later on without following the due procedure of law, said Mohapatra.

He said it drew the media attention when the then Director General of Police of Odisha (Mr.Praksh Mishra) gave press statement that the money has been carried and distributed by ambulance vehicles by BJD for election expenses.

“BJD got money (foreign donation) from Vedanta and other foreign sources and used for political activities which are not permissible by Representation of People Act and foreign contribution regulation act. BJD did not report to election commission about this,” said Mohapatra.

He said the Election Commission was apprised earlier by him in this regard.

The ECI asked the Ministry of Home Affairs to investigate into the matter. But, it remained silent, he added. 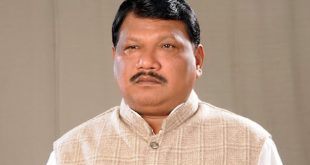 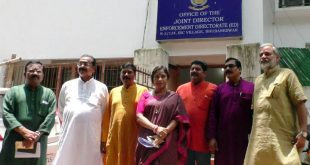