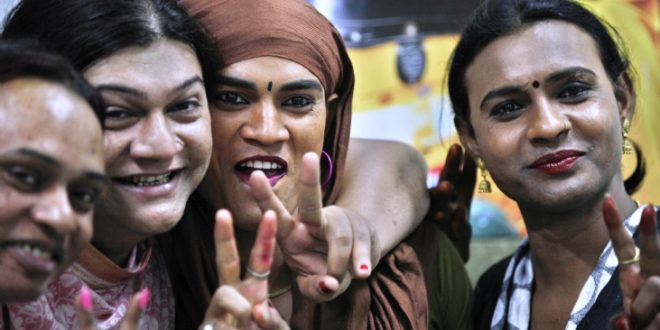 Transgender Community To Avail Benefits For BPL In Odisha

BHUBANESWAR: The Odisha government on Saturday decided to include transgender in different social security schemes meant for BPL category.

This decision was taken at a high-level meeting held here under the chairmanship of Chief Minister Naveen Patnaik here at the Secretariat.

Women and Child Development minister Usha Devi said that the government has decided to include the transgender community under the National Food Security Act (NFSA).

“The transgender community, who are facing several problems, can now avail all incentives which are meant for a Below Poverty Line (BPL) category. They can also get ration cards and government plots at a cheap rate if they wish to buy,” she said.

Besides, the government decided to complete construction of new buildings of all Anganwadi Centres (AWCs), functioning in temporary accommodations and kutcha houses, by the end of 2019.

Patnaik asked concern officials to take all possible steps to ensure the functioning of all Anganwadi centres in its buildings within next three years.

As many 71,306 AWCs are functioning in the state, out of which 30,920 centres are having their building while building construction work is under progress for 15,905 centres. About 24,481 centres do not have their building.

About 22.28 lakh beneficiaries have been included under the Mamata Yojna and about Rs 932.32 crore have been spent under the scheme so far. It was decided to implement Biju Bala Bikash Yojana to rehabilitate abandon children.