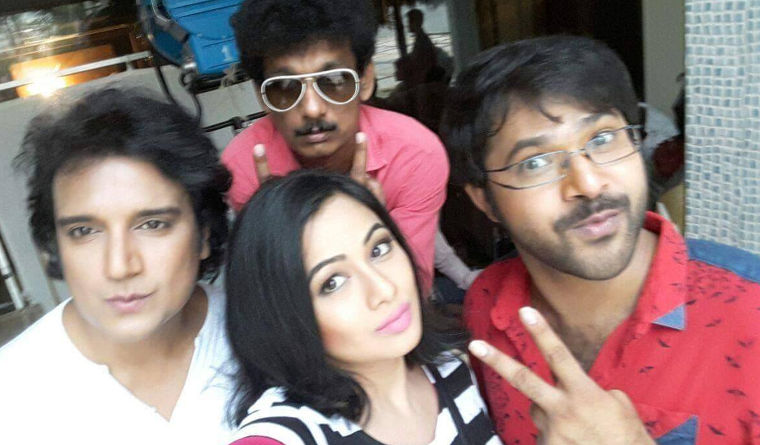 Though romantic reel life couple Sabyasachi and Archita would be seen sharing their cosy chemistry in the Odia movie, Buddhaditya also has a huge screen presence, and the audience can find him romancing.

In this out and out comedy film, Buddhaditya plays the role of an NRI millionaire residing in Dubai who has fallen in love with Saina (Archita Sahu).

Buddhaditya said after seeing him in a villainous role in Jaga Hatare Pagha, the audience will find him in a comedy character.

The Dubai-based millionaire, who is very stylish yet innocent, comes to India for Saina’s love, and there starts the drama to twists and confusion.

The film shooting of Bye Bye Dubai is presently going on in Hyderabad. In the second week of June, the team will visit Dubai for the second phase of shooting.

Sources said the movie has a lot of comedy which will give the audience a lot of funny moments. Besides it is a high budget movie which tries to keep things as sophisticated as possible. There is nothing to compromise, which is a good aspect for this film.

Besides the lead characters, there are real comedy stars who will give you a laugh to every moment of watching the movie. Comedy king Pappu Pom Pom, Jeeban panda, veteran actors Bijay Mohanty, Puspa Panda, Anita Das are also in this movie.