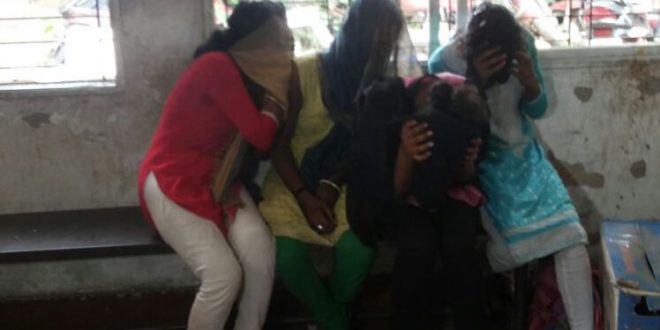 Five Women Arrested For Looting Men After Luring With Sex

BHUBANESWAR: The Commissionerate Police on Sunday arrested five women for trying to solicit customers for sex and later robbing them of cash and valuables.

They were arrested several times in past for indulging in sex and loot game.

Police, explaining their modus operandi, said that women would stand along the roadside near Bhubaneswar railway station and several other places in the city.

Then, they stop passerby including bikers and the men coming out from the station.

After luring the men into a lonely place during the night, the women would demand cash and belongings to be handed over to them, police added.

Police said they were in search of several other women, who were involved in the crime.