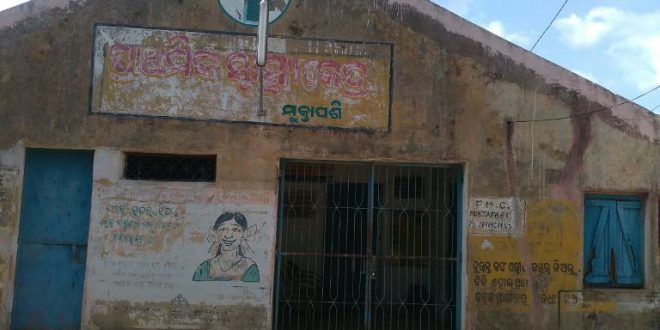 DHENKANAL: A strong wave of resentment is simmering among the locals and the peripheral populace as the primary health centre (PHC) at Muktapasi village in Dhenkanal district has remained close down since last three months.

There was no doctor since last three months in the PHC that has plagued the health care facilities in the area coming under Kamakshyanagar sub-division.

In the absence of a physician, the show is being managed by a homoeopathy doctor appointed by the state government.

Every day the hospital is visited by over 200 patients not only from the locality but also from its peripheral remote rural pockets. Now, they are visiting Kamakhyanagar hospital and Parjang hospital.

However, the miseries of the patients do not end there. The patients would not dare to commute on National Highway-200, connecting Kamakshyanagar and Parjang, which is in dire need of repairing.

“Instead of making tall claims, the state government should appoint a doctor at the PHC, which has virtually remained close down since past three months. If the government does not take any steps, we will be forced to go for road blockade,” said Munibar Biswal, a local leader.

Besides the vacant posts, infrastructural and drug supply problems plague the health centre.