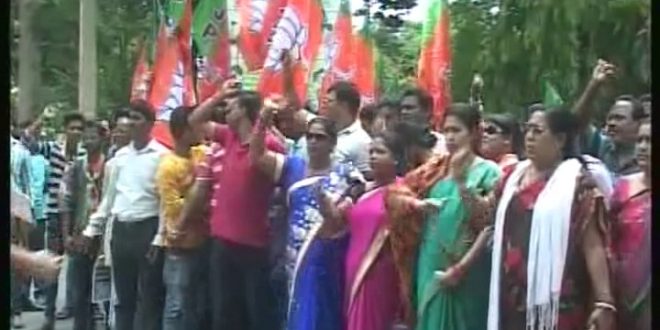 BHUBANESWAR: A day after some BJD leaders thrashed BJP workers for showing the black flag in Boudh district, the workers of the two parties on Saturday entered into a scuffle in Angul district.

The incident occurred when BJP workers were protesting the visit of Food Supplies and Consumer Welfare Minister Sanjay Dasburma.

Dasburma has gone to attend BJD’s protest rally in front of district headquarters against the construction of barrages in the upper catchment of Mahanadi river by Chhattisgarh government.

Sources said SP Kavita Jalan sustained an injury in the clash between BJP and BJD workers.

Notably, some BJD supporters including Begunia MLA Prashant Jagdev and Bhubaneswar corporator Amaresh Jena allegedly assaulted the BJP workers in the presence of policemen at Manamunda on Friday.