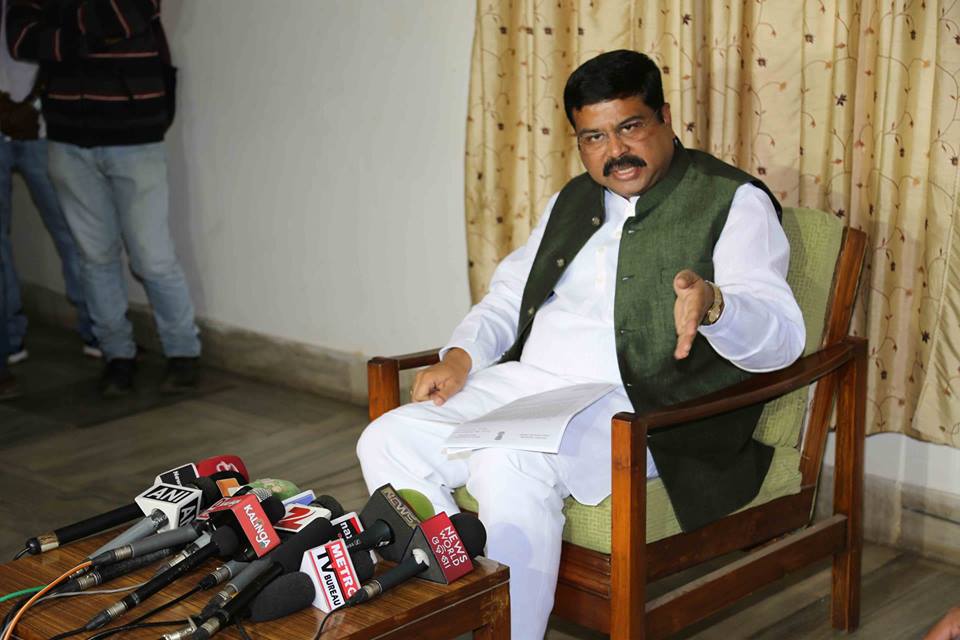 Bhubaneswar: Union Petroleum Minister Dharmendra Pradhan on Thursday questioned on the intention of Odisha government for forming a joint control board (JCB) to resolve the Mahanadi water issue.

“Recently, the chief secretaries of Chhattisgarh and Odisha met in New Delhi to address the Mahanadi water issue. Union Water Resources Secretary chaired the meeting. While it was proposed to form a joint control board, the Odisha government is yet to make its stand clear even after 14 days of the meeting,” said Pradhan at New Delhi.

He said the ruling BJD is only indulging in politics while the state administration is not taking any proactive steps to resolve the issue.

However, the ruling BJD reacted sharply to the statement of the Union Minister.

“The state government had maintained that it would take the final call after getting all the documents relating to the construction of projects on Mahanadi river. The Minister should know that the matter would not be resolved in 15 days,” said BJD spokesperson Pratap Deb.