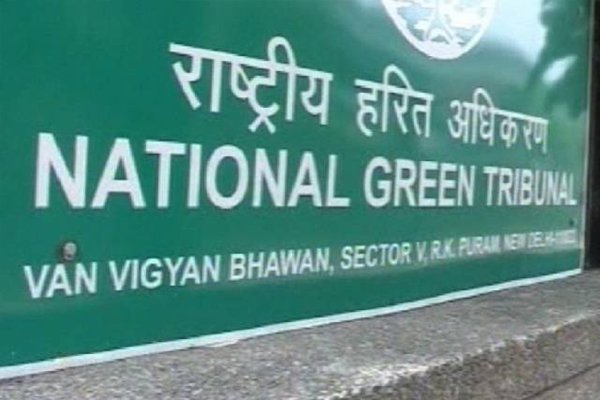 Bhubaneswar: The National Green Tribunal (NGT) on Friday sought responses of Union Ministry of Environment and Forests (MoEF), Odisha government on the issue of the use of forest land by KIIT for non-forestry purpose without any approval.

It has also sought the response of Kalinga Institute of Industrial Technology (KIIT).

A bench headed by Justice S. P. Wangdi also issued a notice to Bhubaneswar Divisional Forest Officer and Khurda District Collector asking it to file its response on the matter by September 14, the next date of hearing.

Acting on a petition filed by rights and environment campaigner Subash Mohapatra, NGT has asked reply from the concern parties how the forest land was used for the non-forestry purpose.

Appearing for the petitioner, advocate Sankar Prasad Pani told that construction of building by Kalinga Relief and Charitable Trust for its educational business on forest land without approval under Forest Conservation Act from Ministry of Environment and Forest Climate Change is illegal.

The very act of construction and changing the nature of land use from forest to non-forest activity without prior approval is against the principle of Sustainable Development, Precautionary Principle, National Forest Policy and Supreme Court order in TN Godavarman Case.

Around 18 acres of forest land mostly of Chhot Jungle Kisam, a category of forest land under Revenue Khata has been encroached by KIIT for constructing educational institution and playground.

The issue has been raised time and again in Odisha Legislative Assembly on various occasions.

The state Assembly was informed in March this year that Tehsildar Bhubaneswar has registered two cases under Orissa Prevention of Land Encroachment Act 1972 to restore the illegal possession of the 18 acres forest land.

The case for encroaching forest land has been registered since 2011, but no action for eviction or demolition has been taken as of now even after 5years of the institution of the case, said Mohapatra.

Even though an inquiry was conducted by the forest department and revenue department, no concrete action has been taken to make the land free from encroachment. It clearly shows that the departments of the government are hand in glove with KIIT.