Police rescued Tulu Patra, another brother of Ananga Manjari Patra, from a room in the house in a critical condition.

While Ananga Manjari Patra and sister are suspected to have died after consuming poison, her brother Sanjay Patra’s body was found hanging, said police.

Police opened the house in the presence of magistrate after locals informed that foul smell was emanating from the residence of Ananga Manjari Patra.

The house was locked from inside, said police.

Notably, allegations against Ananga Manjari Patra were made earlier for holding Parala Maharaja under house arrest.

Besides, the daughter of former MP Gopinath Gajapati and Parala Maharaj had urged Chief Minister Naveen Patnaik to inquire into the property transactions relating to the royal family of the past 35 years. 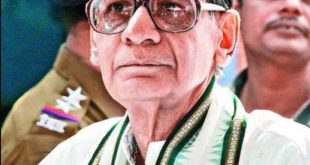