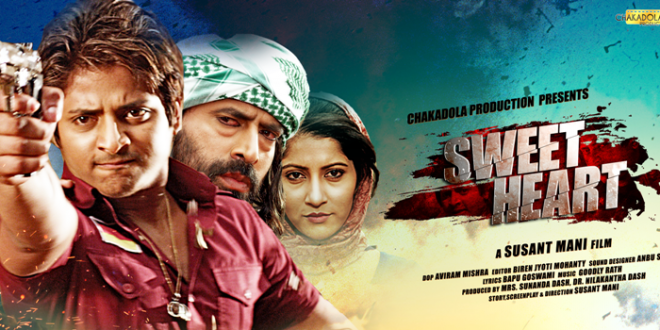 Bhubaneswar: Despite good star cast, the Odia movie ‘Sweetheart’ has failed to deliver in the cinema halls across the state. It did not get the right kind of response from the audiences.

The film starring Babushan, Anu Choudhury, Samresh, and Anubha Surya has not done too well at the box-office.

Sources said the occupancy in various cinema halls dropped to as low as 40 percent within the first week of its release.

Directed by Susant Mani, the movie is very different from the recent trend in Odia cinema. The story revolves around a terrorist and the characters he passes through.

However, despite the big star cast and good acting, it failed to attract the audience. Babushaan, as usual, has done very realistic act in the movie while Anu Choudhury has a great comeback. She played the character of a journalist.

Samaresh has also shown his superb acting skills in the movie. Veteran actor Mihir Das, as usual, was excellent.