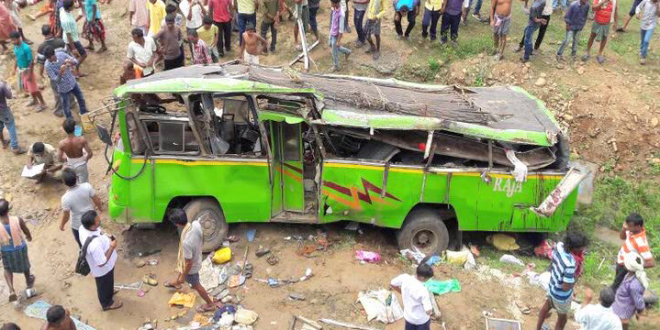 Bhubaneswar: At least 16 persons were killed and around 25 injured when a bus fell off a bridge in Odisha’s Angul district on Friday.

The incident took place near Puruna Manitri in Angul district.

According to reports, the bus fell off the bridge from a height of 50 feet after the driver lost control over the wheels.

Angul Collector Anil Samal said the accident took place when the vehicle carrying around 50 passengers was on the way to Athmallik from Boudh.

Air ambulance is being arranged to shift the injured ones to Angul and other hospitals. The air ambulance facility would be provided from Athamallik as it would not be possible from the accident spot, – Anil Samal.

Director General of Police K.B. Singh said the injured persons have been admitted to different hospitals. 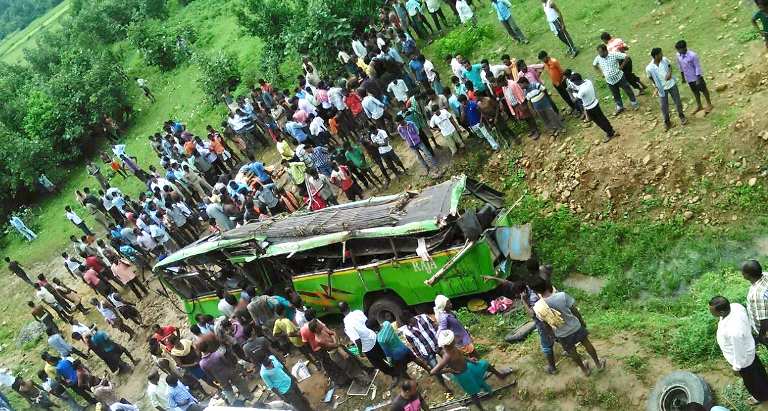 He said the seriously injured persons are being shifted to SCB medical college and hospital.

Official sources said the death toll could go up as several women and children have sustained grave injuries.

The bus fell off the bridge after the driver lost control. The driver has fled after the incident. All the passengers have been taken out of the vehicle, – Gopal Patnaik, Athmallik SDPO.

Transport Minister Ramesh Majhi said the concerned RTO would be asked to submit a report after conducting a probe.