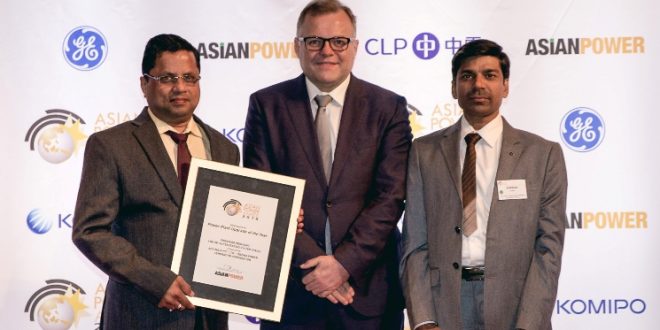 The award was conferred at the annual Asian Power Awards 2016 held in Seoul, South Korea on September 21. On behalf of OPGC, Sukanta Mohapatra, General Manager (O&M), received the award at the award ceremony.

This year the awards featured 23 categories and 118 projects of various leading power industries of Asia were nominated under those 23 categories.

The awards were expertly judged by John Yeap, Partner, Head of Energy–Asia at Pinsent Masons, and Mark Hutchinson, Energy Expert, Advisors in Energy.

Indranil Dutta, MD, OPGC said, “This award is a reflection of our commitment to generate clean, safe and reliable power for our stakeholders and as a world class power utility. We always put efforts in bringing innovations into our power generation system. It is very encouraging to see that our efforts have been appreciated at the international level by way of these prestigious awards”.

It may be noted here that, currently OPGC, a joint venture company of Government of Odisha and AES Corporation, USA is operating two thermal power units of 210 MW each at its Ib Thermal Power Station (ITPS) in Ib Valley area of Jharsuguda district in Odisha.

OPGC is expanding its capacity with a capital outlay of Rs. 11,547 crore by setting up the power plant of 2 units of 660MW capacity each at Ib Thermal Power station which are under construction. The said units are scheduled to be commissioned towards end of the financial year 2017-18. 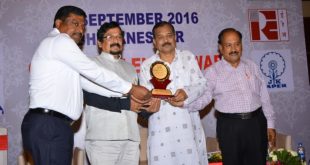 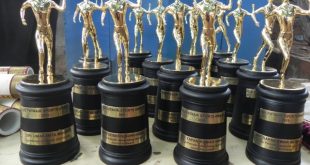