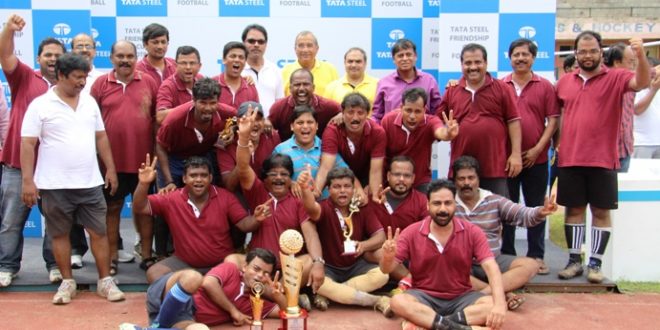 Bhubaneswar: Media XI defeated Bureaucrat XI 4-1 on penalties to become the champion of the 10th edition of the Tata Steel Friendship Football Tournament at Kalinga stadium here on Sunday.

The match finished with 1-1 goals. In the shootout, the Media XI snatched the match from the Bureaucrat XI.

In the first half, the media XI got a goal with their own player inadvertently sending the ball to their net which gave Bureaucrat XI a 1-0 lead. But in the second half, the Media XI fought back when Vikash Marandi scored a goal through penalty kick leveling the score. Finally, Media XI defeated Bureaucrat XI by 4-1 penalties and became the champion of the 10th edition of the Tata Steel Friendship Football Tournament.

The first semi-final of the tournament was played between the Leaders XI and Bureaucrat XI. In the first half, both the teams failed to score. But in the second half, S. D Durga from Bureaucrat XI scored the winning goal.

The second semi-final of the tournament was played between Tata Steel XI and Media XI. From Media Team, Raj Ghosal in the first half scored the goal to give his team a 1-0 lead. In the second half, Tata steel team leveled the score 1-1 with Tanuj Saxena of Tata Steel XI kicking a goal.

As no team was able to score any goal further, the match decided through penalty shootout. Media XI defeated Tata Steel by 4-2 and entered into the final. 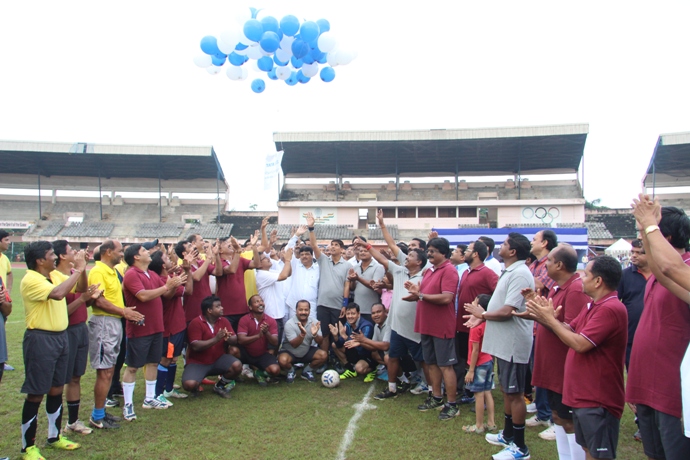 Similarly, Man of the Match of the first, second and final match was given to S.D Durga of Bureaucrat XI, Tanuj Saxena of Media XI and Bikash Marandi of Media XI respectively.