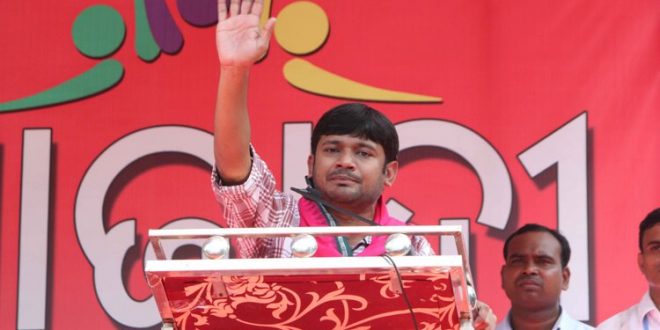 I have no personal animosity with Modiji. There are only ideological differences – said Kanhaiya Kumar,

Kanhaiya attended the All India Students’ Federation’s (AISF) Azadi  Samavesh in the city.

He, however, slammed the Prime Minister for failing to provide jobs to youths and ushering considerable developments of the country.

They had assured of 2 crore jobs. How many have they given till now? The data says a different story – said Kanhaiya Kumar.

Launching a scathing attack on Modi, he said country’s fate cannot be changed only with tweeting.

In his speech, Kanhaiya ranted against the central government and said opposing the government does not mean that one is anti –national.

Opposing to the government does not mean that we are against the country. We have the rights to criticize the government – said the student’s leader.

During his visit to the capital city of Odisha, he faced strong protests from ABVP activists.

Though Kanhaiya reached the venue amid tight security cover, he was displayed black flags by Akhila  Bharatiya Vidyarthi Parishad(ABVP) activists.  More than 40 ABVP activists were detained by the police.