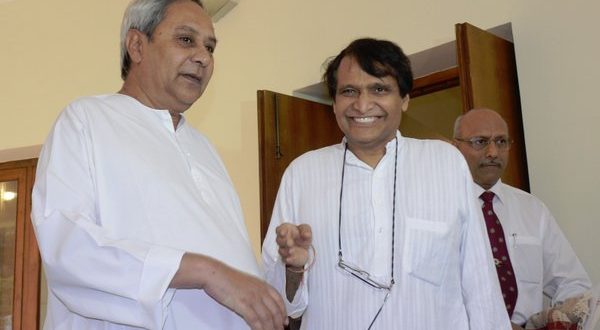 Bhubaneswar: Odisha Chief Minister Naveen Patnaik will leave for New Delhi on Saturday to attend the signing of the memorandum of understandings (MoUs) with the Railway Ministry for setting up of two rail projects in the state.

The Odisha government will sign the MoU for execution of Jeypore-Malkangiri and Jeypore-Nabarangpur rail projects.

The MoU will be signed in presence of Railway Minister Suresh Prabhu on October 10 at the Rail Bhavan in New Delhi.

“Will leave tomorrow for #Delhi to hold meetings with GOI to take forward projects & resolve pending issues concerning development of #Odisha,” the Chief Minister had tweeted on Friday.

During his New Delhi visit, he is likely to meet other Union ministers to raise the issues affecting the state.