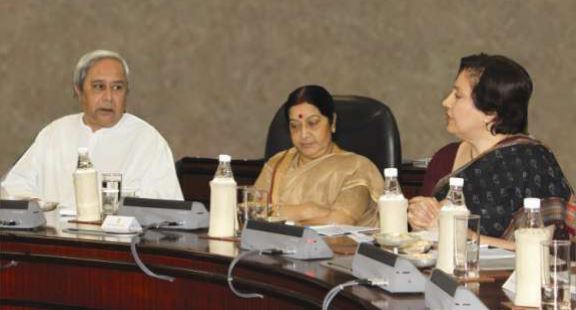 The Chief Minister showcased the investment opportunities in the state before the envoys in the “Ambassadors’ Meet” in New Delhi. Twenty-five countries and the European Union attended the meet organized by the Ministry of External Affairs.

Patnaik also invited them to participate along with their business delegations in the ‘Make in Odisha Conclave’ at Bhubaneswar scheduled to be held from November 30 to December 2 this year.

Chief Minister informed that Odisha is fast emerging as a Manufacturing Hub on the East Coast of India and is among the fastest growing economies of India. He stated that over last decade and a half, Odisha has strived hard to create vital social, economic and industrial infrastructure.

He added that the State is leveraging technology in a big way and the integration of business approvals with the eBiZ platform and GIS-based land information system, GO-iPLUS have been undertaken to provide the hassle-free business environment.

The Chief Minister mentioned that The World Bank in their Business Reforms Report, 2015 has acknowledged the state’s efforts for creating a conducive business environment with fast paced reforms and has recognized Odisha as an ‘Aspiring Leader’.

Owing to a favorable business climate, Odisha secured about US Dollar 11 billion investment commitments during ‘Make in India’ Week held in February 2016 in Mumbai and US Dollar 13 billion at the Bangalore ‘Investors’ Meet’ held in August 2016.

He added that the state has formulated Odisha Industrial Development Plan – Vision 2025 to sustain the high growth trajectory, which envisages additional investments of over US Dollar 35 billion and the creation of additional employment of three million.

He urged upon the participating dignitaries from Foreign Missions to encourage companies and investors from their respective countries to explore Odisha as an investment destination as the state stands committed to ensuring ‘Investor Delight’ while welcoming entrepreneurs from across the globe for a mutually rewarding engagement.

He also released a Compendium of ‘Select Investment Projects’ for the benefit of investors. 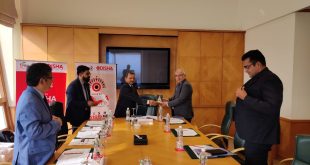