New Delhi: The Union Cabinet on Thursday approved exchanging of land between Airports Authority of India and Government of Odisha for widening of road at Biju Patnaik International Airport, Bhubaneswar.

The Union Cabinet, chaired by Prime Minister Narendra Modi, has approved the exchanging of Airports Authority of India’s (AAI) land measuring 1.6 acres with an equivalent land area of 1.6 acres offered by Odisha Government, said a statement.

The State Government has offered 1.6 acres of land in lieu of 1.6 acres land of AAI and agreed to undertake and relocate all the existing infrastructure of AAI on the subject land on its own cost.

Further, the land offered by the State Government is contiguous to existing airport and it will be used by AAI for the construction of Parallel Taxi Track. The exchange of land is not only beneficial to the State Government and AAI but also to the people, the statement added.

Odisha Government wants to widen the State Government road near Bhubaneswar Airport (known as Ekamara Marg/Palashpalli Road) for streamlining the security arrangements of the VIP movements and creating a buffer zone for public use. 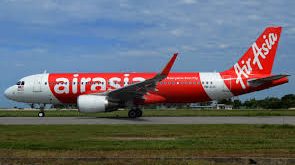