Bhubaneswar: The Board of Secondary Education (BSE), Odisha on Friday announced the schedule for the HSC examination 2016-17.

As per the BSE, the HSC examination current academic year would begin from February 28.

Mathematics exam will be held on March 6, Science on March 8 and Social Sciences on March 10. 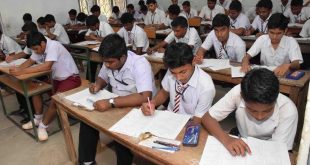