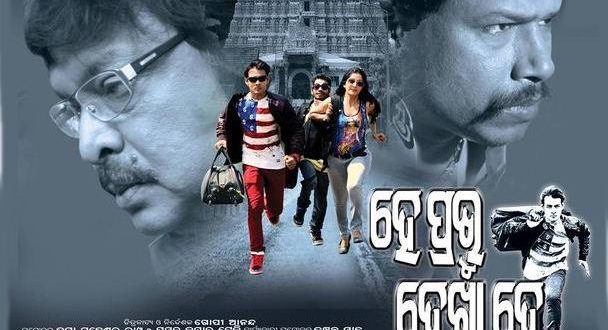 Bhubaneswar: The trailer of upcoming Odia movie “Hey Prabhu Dekha De” has been released recently and it is expected that the film would hit the silver screens soon.

The trailer of the movie shows that it is a romantic comedy with several twists and turns among the lives of three friends playing the role of pickpocketers. Ollywood gorgeous actress Anu Choudhury, ‘Mu Premi Mu Pagala’ fame Harihar Dash and popular comedy actor Pragyan Khatua are three friends, who will be seen in the lead role.

Mihir Das will be seen in a negative character, who is involved in illegal antics trade. The life of the three friends took several turns after they stole an antics from Mihir Das.

Other actors in the film are Papu Pam Pam, Amandeep, Salil Mitra and Dushmanta Sahoo.

“Hey Prabhu Dekha De” is produced under the banner of Studio Gopix & Odissey Chalachitra. This movie is directed by Gopi Anand, who has already worked in several Tollywood cinemas as an associate director and writer.

Varikuppala Yadagiri is the music director. Nirmal Nayak has written the lyrics.