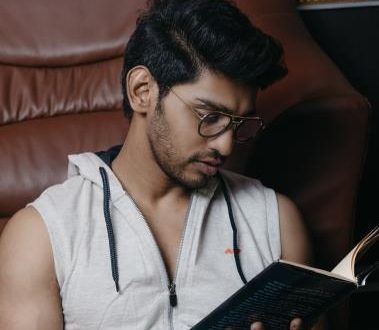 
Bhubaneswar: Selfish Dil actor Shreyan Nayak has lately wrapped up the shooting of his upcoming Odia film Chumki and is excited about its release.

The movie will hit the theatre once the Coronavirus pandemic situation is over.

“I am quite excited about my upcoming movie Chumki. This film has been an interesting experience for me. I am sure people will enjoy the film like my first movie Selfish Dil,” said Shreyan.

Shreyan and Upasana will play the lead roles in the movie being produced under the banner of Bhadra Motion Studio.

After Selfish Dil, Shreyan will be seen sharing the screen with Upasana in the second movie. Upasana will be making her debut into the silver screen from telescreen. She had gained popularity with TV series ‘Devi’, ‘Chanda Na Tame Tara’, and ‘Manini’.

Shreyan’s acting career started in 2019. He did his debut in Ollywood with “Selfish Dil”.

He is establishing his name in the Ollywood industry inspite being a newcomer. It’s quite strange to create such affection from the audience, but Shreyan has proved it.

He has won a lot of awards all over in his acting career.

Nonetheless he has only one film released and another one on its way, the actor has gathered a glut of acknowledgement for his first film “Selfish Dil”. He has won the Chalachitra Jagat Award 2019 for Best Debut Actor Male.

Not only these, but he has also won the Beckber Fashion Week 2015 for Modelling Show.

And even now everybody anticipates that his next Odia film Chumki would be a great hit. People have seen the newcomers giving a bang-on with their big hits. The audience has really high hopes for their favourite Shreyan Nayak.