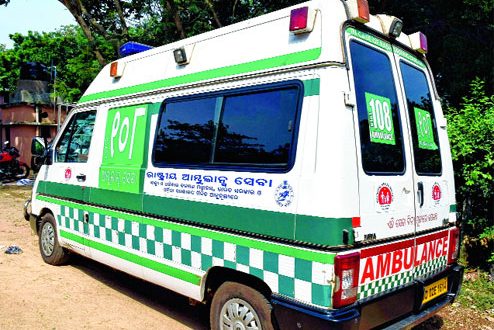 Kendrapara: A woman of Rajkanika block in Kendrapara district died as 108-ambulance did not turn up to his village on Tuesday night.

Damayanti Behera (38) of Koranda village under Rajkanika police limit fell sick as she developed severe pain in her chest on Tuesday night. The family members gave a call to 108-ambulance to take her to the nearest hospital.

However, the ambulance staff allegedly denied providing service due to non-availability of oxygen cylinder in the ambulance.

Later, the family members hired an auto rickshaw and reached Rajkanika community health center in the wee hour of Wednesday. However, the doctor declared her brought dead.

Protesting the apathetic attitude of the ambulance staff, the family members, and the locals staged a dharna in front of Rajkanika CHC demanding action against the district coordinator of 108 ambulance service for not keeping the life-saving equipment. They also demanded compensation.

Later, the Rajkanika police led by IIC Sandhyarani Behura along with the local tehsildar Pradosh Subhadarshan Mohanty rushed to the dharna place to pacify the agitators.

They called off their dharna after the district collector disbursed a sum of Rs 10,000 from the district Red Cross.

The district collector also assured to conduct a thorough inquiry on the alleged matter. 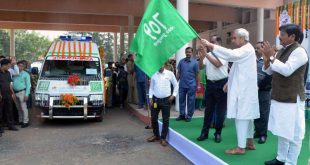