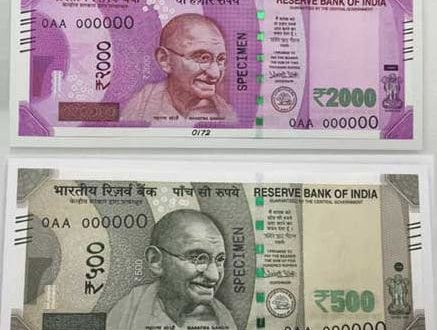 New Delhi: The union government has taken a decision that old denominations of Rs 500 and Rs 1000 would be accepted for making payments towards fees, charges, taxes and penalties payable to the Central and State Governments including municipal and local bodies.

Such old notes will also be accepted for making payment of utility charges for water and electricity etc. However, these facilities will be available only until midnight of November 11.

Notably, the central government has demonetised the Rs 500 and Rs 1000 notes from Tuesday midnight and launched new denominations of Rs 500 and Rs 2000 instead. The people can get the new notes from the banks from Thursday while these would be avilabe in ATMs from Friday.