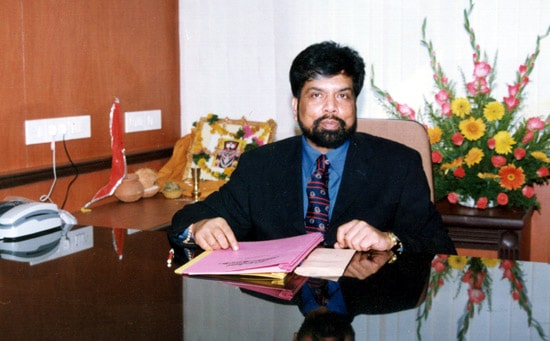 Paradip: The police on Thursday raided the office of businessman Mahimananda Mishra in connection with a murder case.

The investigating officers conducted a search inside Mishra’s chamber in his Odisha Stevedores Limited office in Badapadia,Paradip.

Earlier, the Jagatsinghpur police had issued a lookout notice against Mahimananda Mishra in a murder case.

The police also conducted a raid at the residence of OSL employee Basant Bal, a co-accused in the murder case. His nursing home situated at Tarinibeda is also being raided.

Notably, the General Manager of Seaways and Logistics Limited (SSLL) Mahendra Swain was shot dead by hired goons on October 26 this year. The slain GM’s brother Raj Kishore Swain had lodged a FIR in Paradip police station that he suspected the role of Mahimananda Mishra and three of his employees in OSL involvement behind the murder of his brother.

Considering the FIR, police had registered a case of murder and issued look-out notices against Mahimananda and his three employees- Basant Kumar Bal, Subash Acharya, and Devi Tripathy.