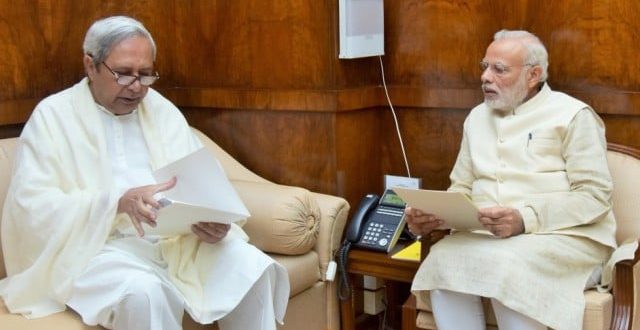 New Delhi: Chief Minister Naveen Patnaik on Monday urged Prime Minister Narendra Modi to take some urgent measures for ensuring that the vulnerable sections are not suffered due to the demonetization of higher values.

He mentioned that the state government is taking a number of proactive steps for solving various issues including infrastructure at Gram Panchayat level for functioning of temporary banks, provision of the helicopter for movement of cash to remote areas and law and order coordination.

He mentioned that over 70% of the farmers in Odisha are served through Cooperative Banks and about 44 lakh families are covered under Kisan Credit Card.

The Cooperative Banks form the lifeline of farmers in Odisha as they provide crop loans and sustain procurement operations in the absence of commercial banks in 4401 out of 6234 Gram Panchayats in the state, he added.

Highlighting that dislocation in the full-fledged functioning of these banks is severely affecting the farmers, he urged upon the Prime Minister to direct the Reserve Bank of India to allow District Central Cooperative Banks to participate in the scheme, remove withdrawal restrictions and ensure increased cash flow to these banks.

The Chief Minister stated that over 95% of people living in Scheduled Areas (predominantly Scheduled Tribes) do not possess PAN Cards and the bank coverage in these areas is abysmally poor.

He urged upon the Prime Minister to relax the mandatory requirements of PAN Cards for people living in these areas to mitigate the hardship presently caused to tribals living in scheduled areas.

He further mentioned that restrictions on disbursement of cash in banks have caused serious dislocation in the livelihood and entrepreneurial activities of 4.5 lakh strong Women Self Help Groups who have an organic link with the banks.

He impressed upon the  Prime Minister to allow Women Self Help Groups to fully operate their bank accounts without any restrictions to facilitate them to continue their livelihood and entrepreneurial activities.