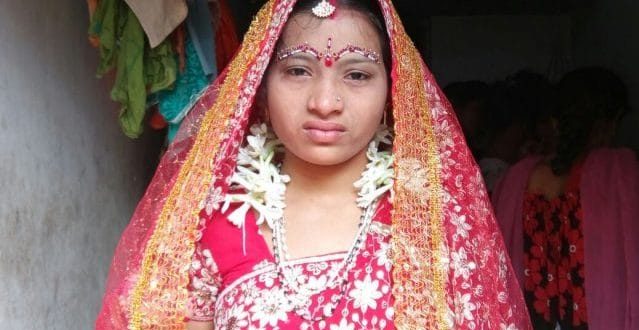 Berhampur: In a shocking incident, a newly-married woman was allegedly killed by her in-laws in Ganjam district as the father of the woman failed to give dowry in new currencies.

Police sources said the woman had brought a dowry of Rs 1.70 lakh in cash, which were scrapped Rs 500 and Rs 1000 currency notes.

The deceased has been identified as Prabhasini of Rangipur village.

Sources said Prabhasini had married one Laxmi Nahak of the same village on November 9.

The elders of the village had decided that the girl would be married to the boy with a dowry amount of Rs. 1.70 lakh.

As the dowry amount was paid in shape of demonetized notes, the groom’s family refused to accept and had asked them to exchange within a stipulated time and give them the new notes.

“The boy had himself asked for the girl’s hand. Now he and his family have killed our daughter just because we were unable to provide the new notes. I want them to be punished,” cried out Kunu Mandal, Prabhasini’s mother.

The deceased’s parents alleged that the in-laws of their daughter used to torture her after marriage and killed her too as they failed to exchange the demonetised notes.

“The in-laws tortured the girl and killed her. The girl did not bow down or break down during the tribulations she faced during the talks of her marriage when the whole village was involved and talking about it. Now, there was no such reason which would lead her to take such a drastic step. It is not a suicide, but a murder,” according to Bishnupriya Nayak, Parbhasini’s aunt.

On the other hand, Prabhasini’s in-laws attributed her death to suicide. Police reached the spot and seized the dead body.

“We have registered a case of dowry death under the Indian Penal Code 304B, 302, 341 , 4DP. This death comes barely after 18 days of the marriage. We are investigating every aspect of the bride’s death,” informed Alok Jena, IIC, Golanthara P.S.