Bhubaneswar: The Odisha government on Tuesday announced to provide Rs 2 lakh health insurance for the working journalists across the state.

Information and public relations minister Bikram Arukh said all journalists covered under the Odisha State Working Journalists’ Health Insurance Scheme-2016 will pay 25 per cent premium for the insurance of Rs 2 lakh per year.

He said the remaining 75 percent of the premium will be borne by the state government.

Arukh, however, said the government will deposit its share of premium after receipt of a certificate from the employer confirming that the journalist concerned is an employee and his/her name is on the payroll of the media organization.

The minister said the notification issued in this regard will come into force on the date of publication in the Odisha Gazette.

Arukh said the government has also enhanced the minimum advertisement rate in approved newspapers/periodicals from Rs 4 per square centimeter to Rs 10 per sq cm from November 10.

The small and medium newspapers have been demanding an increase in the advertisement rate since 2009. 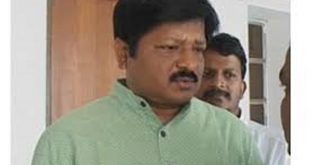 Govt announces slew of benefits for working journalists in Odisha