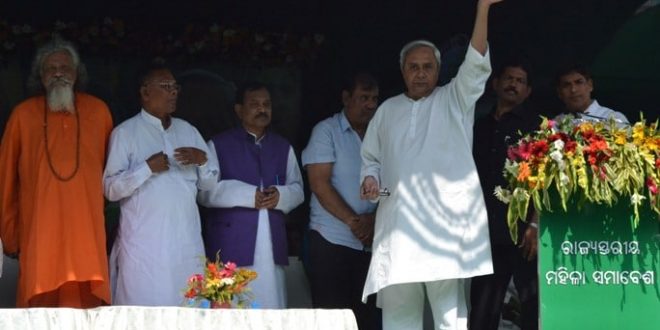 Odisha to provide credit linkage of Rs 1000 crore to SHGs

Bhubaneswar: Odisha Chief Minister Naveen Patnaik on Tuesday said the state government would increase the credit linkage to Rs 1000 crore for the benefit of Self Help Groups (SHGs) in the state.

Addressing a women convention of Panchayati Raj department here, the Chief Minister said the government has set a target to double the income of the women SHGs.

“We have decided to increase the credit linkage from Rs 500 crore to Rs 1000 crore for the SHGs this year. We have also set a target to double the income of the women SHGs,” said Patnaik.

He said the government is providing the loan at 1% interest to the women SHGs in the state.

Stating that Mission Shakti program has been a success, he said it heralds a change in villages.

Informing that the women SHGs are facing hardship due to the demonetization, he said the Prime Minister has been apprised about this.