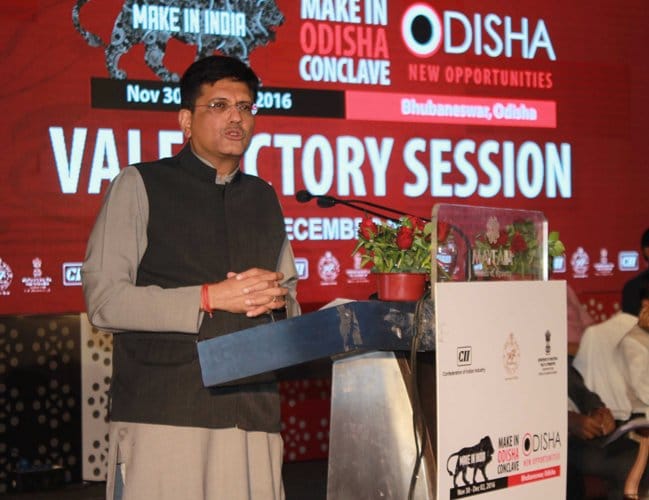 “Odisha will generate revenue of Rs 70,000 crore from 12 of its allocated coal blocks. It can be used for the welfare of people in the state,” said Goyal addressing the valedictory session of the ‘Make in Odisha’ conclave here.

He said Odisha should look to becoming a manufacturing hub by producing value added products instead of supplying raw materials.

Talking of National Aluminium Company (Nalco), Goyal said the central PSU is exporting alumina to other countries despite producing it significantly.

“I was shocked when I came to know that Nalco’s production capacity is less than half of its private peers. The focus should be on converting the surplus alumina to finished products within Odisha,” said the union minister.

The Energy minister said that every village of Odisha would be electrified by May 2018.

“In last two years, out of the 3,474 villages (in the state), we have electrified 1,811 villages and the work of electrification in under progress in 1,172 villages,” he said.

Union minister for petroleum and natural gas Dharmendra Pradhan said Bharat Petroleum Corporation Ltd (BPCL) would set up an ethanol plant based on agricultural residue at Bargarh at a cost of Rs 900 crore.