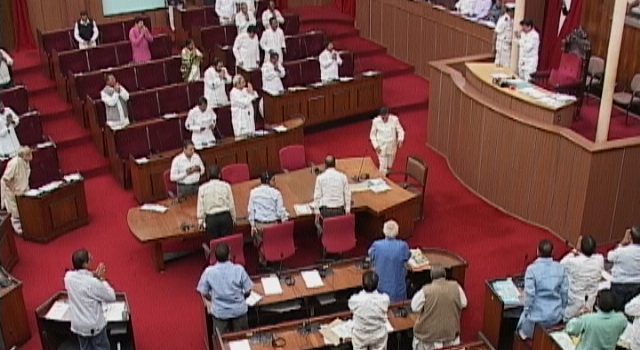 Bhubaneswar: Noisy scenes prevailed in the Odisha Assembly on Monday as the opposition members demanded an apology from Chief Minister Naveen Patnaik for allegedly showing disregard to women during a meeting in Sundargarh district on Sunday.

Leader of opposition Narasingh Mishra said it is unfortunate that women were tortured and harassed by police at Chief Minister’s meeting.

The clothes of women were taken off with the direction or the knowledge of the Chief Minister. In the pretext of providing security, the police have harassed the women participants at a rally. This is really painful and unfortunate.

BJP member Pradeep Purohit said the Chief Minister is so much feared of black clothes and flags that their officials resorted to removing the clothes of women.

BJP president Basant Panda said his party would hold demonstrations at the block and urban local bodies on Tuesday protesting against the state government.

This is how the ruling party showing respect to the women. The government has no regard towards the women in the state. It is only concerned how to safeguard its vote bank.