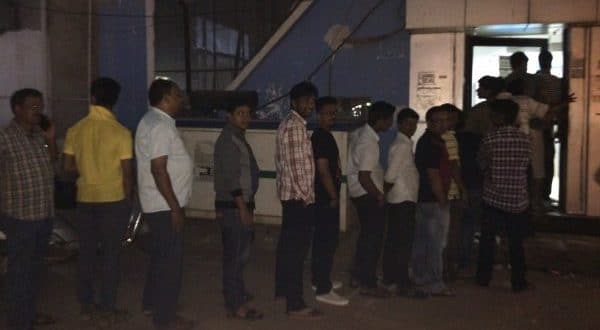 Bhubaneswar: Even though one month has passed to the demonetization decision, people across the state are still struggling to lay hands on cash, adversely affecting their monthly payments and businesses.

The cash crunch has hit the economy hard. People were seen queuing up outside banks and ATMs to meet their monthly payments. The woes of people have compounded as several ATMs are not functioning while the running ATMs are mostly dispensing Rs 2,000 notes.

Rs 2000 notes have emerged as one of the biggest headaches for the people who are finding it tough to spend the high-value currency.

“People enquire about the currency denomination available before visiting the ATM and then leave without transacting,” said a security guard at a State Bank of India ATM in Rasulgarh.

The problem is compounded by the extended holiday in banks. The banks in the city were closed on Saturday and Sunday.

“The small vendors are refusing to give changes even though we are ready to buy above Rs 500. We are facing numerous problems in absence of cash,” said Ranjan Mohanty, a resident of Bhubaneswar.