Bhubaneswar: Odisha Chief Minister Naveen Patnaik on Wednesday said the Sorted Semen Technology would be extended to the entire state for cattle breeding.

Currently, Sorted Semen Technology is being introduced in the state on a pilot scale in Salepur, Niali, Mahanga, Nischintkoili and Kantapada Blocks in Cuttack district.

“The Department has also planned to use this modern method through BAIF Development Research Foundation in five districts namely, Angul, Subarnapur, Bargarh, Sambalpur and Bolangir in 25 high-performing Cattle Development Centres. This should be extended to the entire state after the pilot phase,” said the Chief Minister.

Patnaik inaugurated a seminar on “Use of Advanced Technology for Cattle Breeding in Odisha”. It was organized by state Animal Resources Development department.

Congratulating the department for achieving ‘A’ grade certification for the Frozen Semen Bank, Cuttack for the year 2015-16., he said the government is taking measures to increase the production capacity of existing Semen station as well as to set up a new semen station at Keonjhar.

The contribution of Animal Husbandry sector to the income from agriculture in the state is approximately 18 percent.

As per the latest survey report of Government of India, farmers’ average household monthly total real income in Odisha is found to have been doubled during the period from 2003 to 2013, he added.

“Contribution from Animal Farming was reported to be significant as there was 33.35 times increase in income from this source during the period. As per statistics, milk production in the State has increased by 118 percent compared to the year 2000. Similarly, the egg and meat productions have registered growth rates of 164 percent and 341 percent respectively since 2000,” informed Patnaik.

2019 elections: Odisha to go to polls in four phases 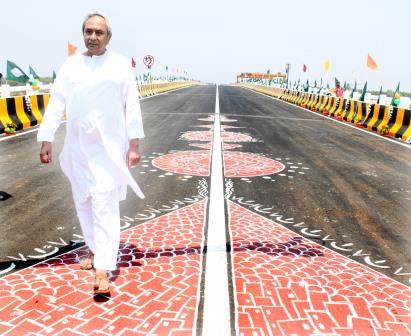