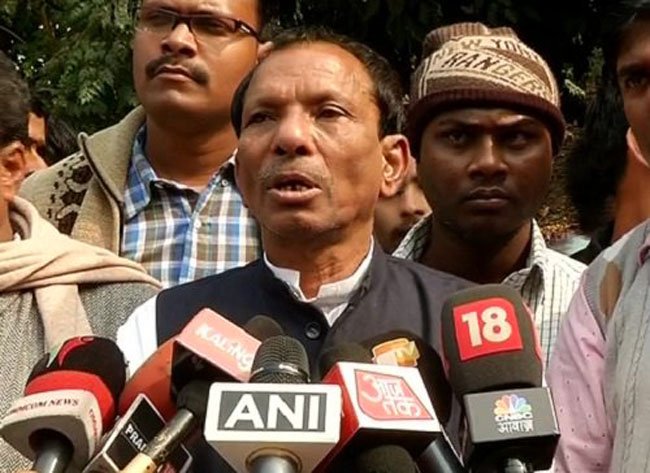 Bhubaneswar: The Trinamool Congress (TMC) on Wednesday announced to hold a mega rally in Bhubaneswar on January 10 protesting the arrest of two TMC MPs in connection with Rose Valley chit fund scam.

The workers led by TMC MLA Akhil Giri on Wednesday staged a demonstration in front of the CBI office here protesting the arrest of its two MPs- Tapas Pal and Sudip Bandyopadhyay.

After arresting them from Kolkata, the CBI has brought them to Bhubaneswar for further interrogation into the Rose Valley Group chit fund scam.

“BJP has conspired to eliminate our party after Mamata Banerjee took out nationwide movement against demonetisation. We are going to organize a mega rally in Bhubaneswar on January 10 protesting the CBI action,” said Giri.

He said the allegations against the MPs are completely baseless.

Trinamool Congress party’s leader in the Lok Sabha Sudip Bandyopadhyay was arrested in Kolkata by CBI for his alleged involvement in the chit fund scam. Earlier, another MP Tapas Pal was arrested. Both were in Bhubaneswar for further interrogation.

The lawyer of the arrested parliamentarian said that he will soon file a petition in the court for bail.

“Definitely, we will pray court bail as he has some health related issues. We will produce the documents regarding this and hope the court will consider our plea”, advocate Rajiv Majumdar said.

He said CBI has to prove the allegation that Sudip has taken some amount from the Ponzi firm. He is a mere accused and all allegations against him are baseless. Sudip has been arrested with a politically vindictive approach, Majumdar told reporters.